The Pop Design project part 1 was to create two different objects that could be placed in the Galleria in Houston. The plaid object was based off a Richard Neutra floor plan from Case Study House 20 and transformed it through the use of dilation, rotation, and extrusion. The green object was designed off a Vivienne Westwood dress and incorporated the movement behind the dress in the soft and hard angles. The orthogonal pattern travels off the green object through the ground into the plaid object. Program was then added to both the plaid and green object 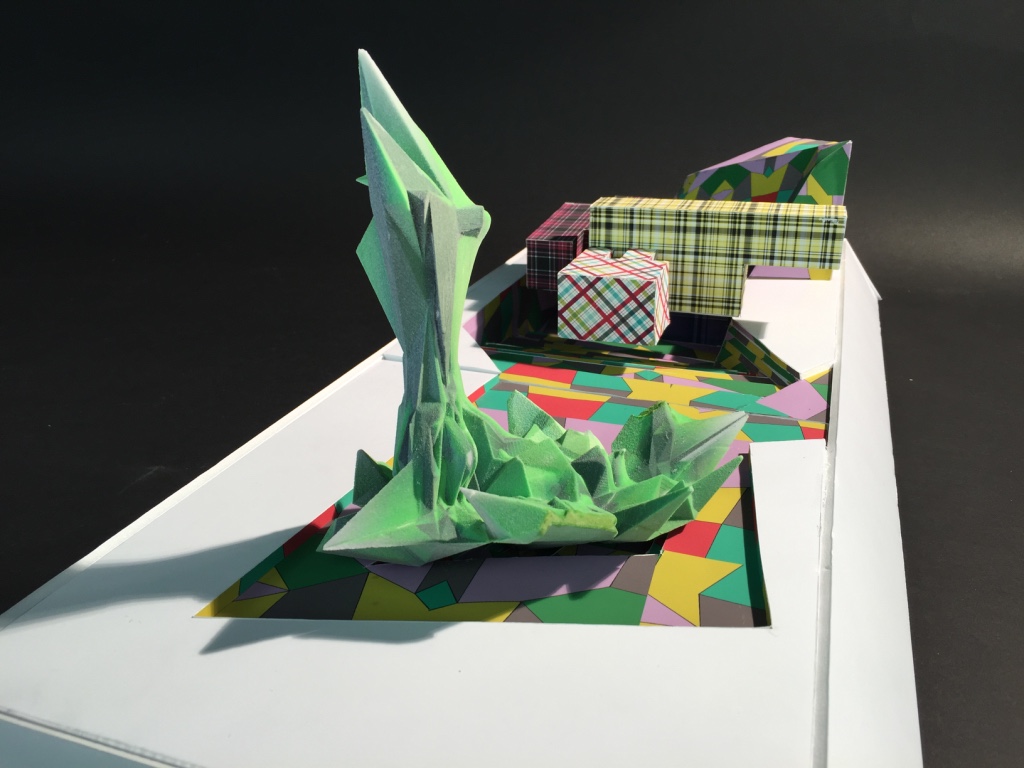 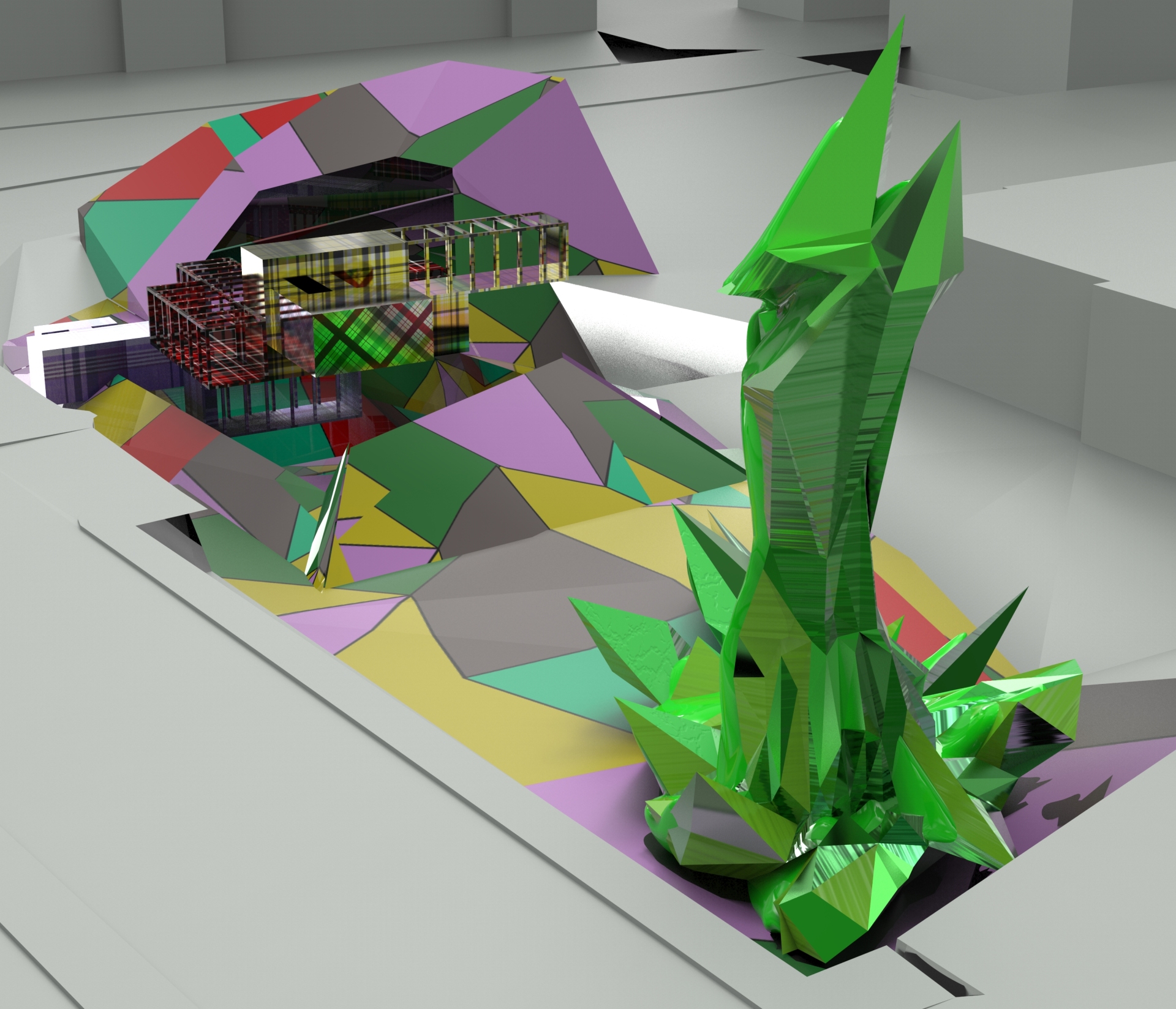 I currently run my own company, Karshis Designs LLC, in Austin TX. My company is focused on bringing clients’ ideas and visions to life through digital renders and graphics. With focus and attention to detail in creating architectural & digital renders of client’s visions.